Hamburg/Miami – Public Relations Global Network (PRGN), one of the world’s leading international networks of independent public relations agencies, today announced the election of Uwe Schmidt, CEO and co-owner of Industrie-Contact (IC) in Hamburg, Germany as its new president. Schmidt will lead the worldwide network of 47 independently owned firms on six continents. He succeeds David Landis of Landis Communications Inc. in San Francisco. Other appointments include Ed Stevens, owner of Cleveland, Ohio-based Stevens Strategic Communications, Inc. who has been named president-elect. Joe Ledlie of Atlanta-based The Ledlie Group continues as treasurer and C.L. Conroy of Miami-based The Conroy Martinez Group continues in the role of secretary.

Before joining IC as a trainee in 1989, Schmidt worked as a journalist for newspapers, radio stations and a news agency. After three years, he became an executive with the management team and then co-owner just four years later. Schmidt has driven the internationalization and networking of IC for more than a decade, lending his talents to a variety of corporations. Food & beverage, beauty, medicine & healthcare, public affairs, technology and transportation are among his areas of expertise. His background includes international PR counsel, crisis management, financial communications, special events, website development, government relations/public affairs, search engine marketing (SEO + SEA), graphic design, publishing, marketing and direct mail marketing. Industrie-Contact has been a member of PRGN since 2002.

“I’m looking forward to leading PRGN. I have witnessed the good work being produced for hundreds of clients from around the world,“ said Schmidt. “PRGN is dedicated to delivering the best professional services possible and I’m excited to be continually expanding our global reach to make the network as powerful and efficient as possible.“

“As a PRGN co-founder, I‘m humbled by the opportunity to lead and work with the best public relations minds across the globe,“ said Stevens. “Through membership, we grow in our understanding of each other, the PR industry and the local worlds in which we live. For our clients, we offer the power of a global network that produces results through collaborative, collegial and creative campaigns targeted at the local communities we serve.” 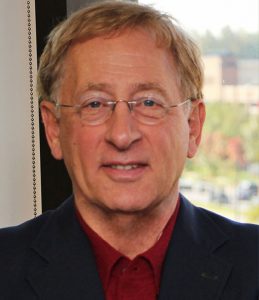